EMSO Canarias, a.k.a. ESTOC (29º10’ N, 15º30’ W) is a monitoring time-series program. The station is located within the weak southward return flows on the Eastern side of the North Atlantic subtropical gyre. ESTOC is an open ocean site, located well outside of the highly variable Eastern boundary with its strong coastal upwelling regime (although interaction with this regime exists). The site is sufficiently deep to encompass the Eastern subtropical North Atlantic’s major water masses including the North Atlantic Deep Water (except the AABW). ESTOC is windward of the Canary Islands to avoid wake effects of both the major currents and winds (Canary Current and Northeast Trade Winds), and is far enough from coasts and islands to serve as reference for satellite images and altimetry. 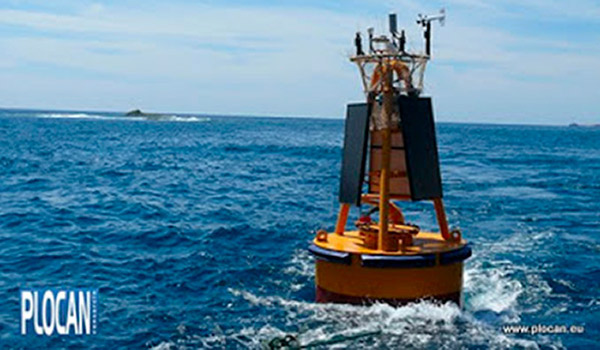 Long-term changes of stratification and circulation on seasonal and inter-annual times scales of the subtropical Central-Eastern waters of the Atlantic Ocean.

Surface buoy and mooring (ESTOC) are used for monitoring several meteorological and oceanographic parameters. It is part of PLOCAN, the Oceanic Platform of the Canary Islands.