The Ligurian Sea is an active seismic region surrounded by a narrow and steep continental slope and alpine reliefs. Ligurian seismic events are not rare for seismic hazard evaluation in the Nice area and a similar event could be occurred along the margin at the level of the French-Italian border. Such event will produce destruction in a zone which is presently much more densely populated and could also be associated with a tsunami along the coast. The region is also characterized by the presence of rivers becoming streams after heavy rainfall. This promotes slope instability and the formation of submarine canyons. The Ligurian Sea is also strongly influenced by atmospheric inputs triggering changes in biomass production. 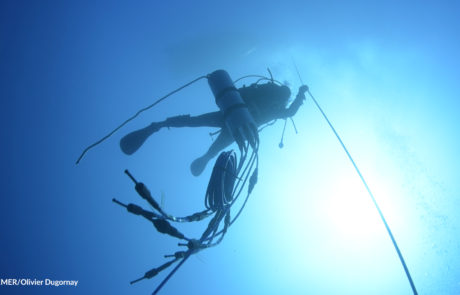 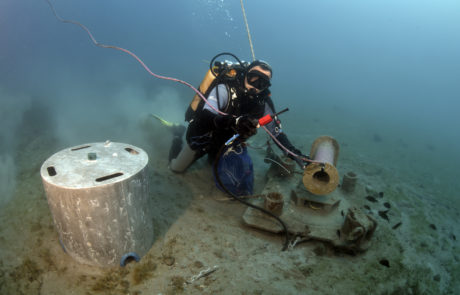 The EMSO Ligurian Sea Regional Facility includes three sites, that is Western Ligurian in the open sea and Eastern Ligurian in the coastal waters (Nice) and in the open sea (Dyfamed). Western Ligurian site hosts a cabled module (MII) and a mooring (Albatross). The continental slope of Nice, and area of sedimentary instability, is studied by means of a coastal cabled observatory. At Dyfamed a standalone deep mooring includes sediment traps for measuring particle flux and other sensor for oceanographic measurements. 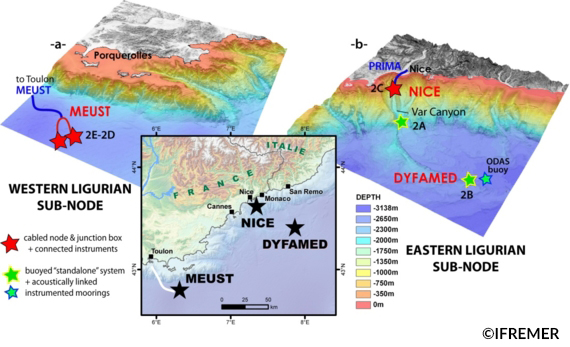